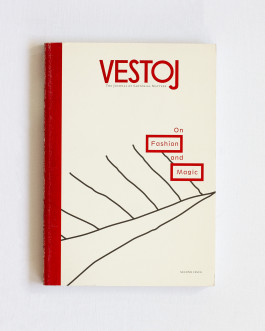 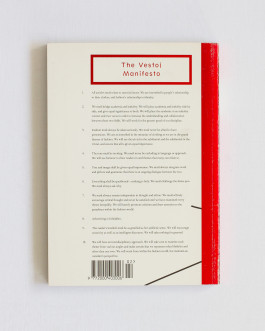 Vestoj Issue 2: On Fashion and Magic

Vestoj – the Journal of Sartorial Matters – is an annual publication and cross-disciplinary platform that deals with critical thinking on fashion through theory, interviews, literature and visual content. It was established by editor-in-chief and publisher Anja Aronowsky Cronberg in 2009.

From the publisher: There has never been a society without some notion of the forces that move in the shadows, beyond that which we can grasp with logic or reason. Invocations, sacrifices, talismans and diagrams have been employed by man since the dawn of civilisation, and in every culture, from ancient Greece and Egypt to the Western world of today, the non-rational, whether as religion, spirituality or magic, has continued to mesmerise and bewilder us in equal measures.

As we began to think about the second issue of Vestoj, it seemed striking that magic appears to have so much in common with fashion. For us, our journey into these two worlds was set in motion when we began thinking of the alchemist and his search for eternal youth and the way in which the fashion industry seems to perpetually be on the very same quest. We started thinking about clothes as talismans (my lucky shirt!), about crystals and magical colours. About Irish rag trees, Dorothy and her red shoes, the fortune teller and her red cloak, the magician and his top hat, the priest and his cassock, the red string worn around the wrist in the Qabalah, Sabina’s hat in The Unbearable Lightness of Being, about trompe l’oeil, surrealism, spectacle, transformation, displacement, fantasy, worship and performance and about how they all have an impact on the fashion we see on the catwalk. In fact, isn’t the catwalk itself a moment of magic and symbols?