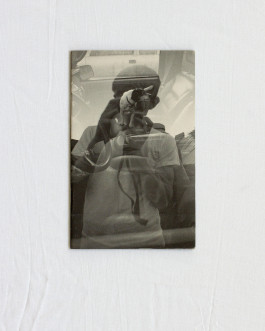 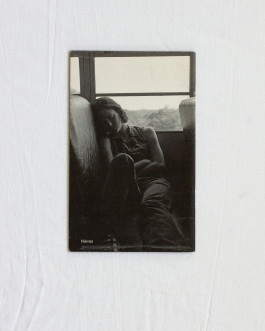 Published in the occasion of the exhibition tinyvices.com at colette www.colette.fr January 29th to February 24th, 2007.

Highschool is the first Nieves publication of Barber’s own photographs from his last few years at high-school in Amherst, Massachusetts, released in conjunction with the tinyvices.com show at colette. Tim Barber’s photographs are simply straightforward, and naturally attract the eye of the viewer for their raw and detailed vision.

Tim Barber (Vancouver, b. 1979), a New York based photographer and curator, started the tinyvices.com site more than a year and a half ago as an accessible showcase for his own and other photographers’ work. Recently the project has evolved into a globe-travelling exhibition of more than 60 artists, which works Barber has first showcased on his website that is now functioning as a community publication, an editorial project, an art gallery and archive.

Over the last few years, Barber has collaborated with many illustrious magazines worldwide and he has also worked as Photo Editor for Vice Magazine from 2003 to 2005. Amongst his previous publications is the acclaimed A Pile of Shit Has a Thousand Eyes, which was released for his solo show at the journal gallery (New York) last year.