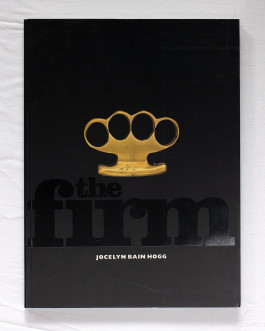 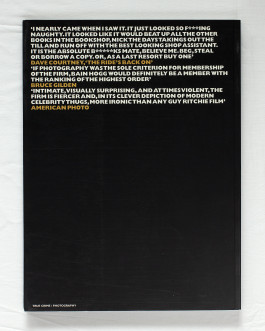 The Firm by Jocelyn Bain Hogg

Almost by accident, Jocelyn Bain Hogg was invited for a night on the town with a couple of geezers. He took a few snaps; the geezers liked them. Then they invited him to take a few more of their friends. What followed was the first comprehensive and highly intimate record of the faces of the British criminal underworld, the world of the Krays, the world of The Firm.

Since early 1999 Jocelyn Bain Hogg has had an unrivalled access to the London underworld. He has been a professional photographer for 20 years; his credits include work for Elle, Vogue, GQ, Esquire, Vanity Fair, Stern, The Sunday Times, The Sunday Telegraph and The Observer.

“I nearly came when I saw it. It just looked so f***ing naughty. It looked like it would beat up all the other books in the bookshop, nick the days takings out the till and run off with the best looking shop assistant. It is the absolute b*****ks mate, believe me. Beg, steal, or borrow a copy. Or, as last resort buy one” —Dave Courtney, ‘The Ride’s Back on’

“If photography was the sole criterion for membership of The Firm, Bain Hogg would definitely be a member with the ranking of the highest order” —Bruce Gilden

“Intimate, visually surprising, and at times violent, The Firm is fiercer and, in its clever depiction of moden celebrity thugs, more ironic than any Guy Ritchie film” —American Photo