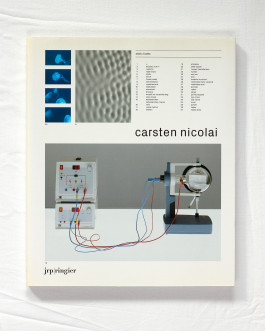 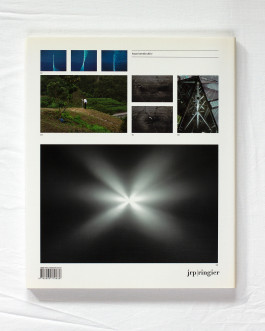 Carsten Nicolai (*1965) is among the very few artists of our times who convincingly work in the conflictual zone between art, science, and sound. His works lay open the functional principles of codification, self-organization, and perception: the hand of the artist recedes and the classical notion of an oeuvre is put into question.

He is also one the most active figures of the Berlin electronic scene, under the aliases of Noto and Alva Noto. He works with musicians such as Robin Rimbaud (Scanner), Ryoji Ikeda, Pan Sonic’s Mika Vainio or Ryuichi Sakamoto, and runs Raster Noton records: Mitchell Akiyama, Frank Bretschneider, Coh, Robert Lippok…), within which he develops sound and visual investigations.

The works of Carsten Nicolai create an elementary, universal language that attempts to elude simple rationality, requesting instead to be perceived by an individual subject. If systems of classification and their immediate elementary impact are at the basis of his work, Nicolai puts them to use in order to produce a space of experience.

The book includes a survey of Nicolai’s works, from his installation at Documenta X to the new pieces produced on the occasion of his major solo exhibition at Haus Konstruktiv in Zurich. Carsten Nicolai is also the first laureate of the newly established art award “Zurich-Prize.”

Awarded in the competition “The most beautiful Swiss books 2007″