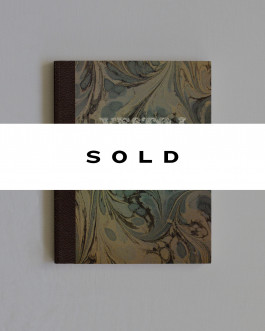 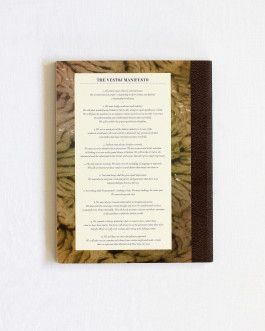 Vestoj – the Journal of Sartorial Matters – is an annual publication and cross-disciplinary platform that deals with critical thinking on fashion through theory, interviews, literature and visual content. It was established by editor-in-chief and publisher Anja Aronowsky Cronberg in 2009.

In the first issue a manifesto was formulated that more than anything was about bridging the gap between fashion as an academic subject of study and fashion as a business. It stands apart from the current crop of new magazines because of its consciously intellectual stance. Vestoj combines scholarly texts about fashion with fiction, nonfiction, poetry, and visuals. Each issue is thematic and its subject matter is reflected in both editorial content and art direction.

Vestoj has been called “one of the most successful attempts to provide the young academic discipline fashion studies with an equivalent to, say, the medical journal The Lancet”, and journalist Fredrik Strage labelled Vestoj’s first issue as one of the best new magazines in 2009.

The journal was also described as a publication that “connects intellectual strength and aesthetic refinement” and Svenska Dagbladet said that “flicking through Vestoj gives rise to the same feeling of pleasure that enjoying an old 1950s issue of Reader’s Digest: it’s engaging, charming, personal and tongue in cheek – without ever compromising the intellectual quality”.