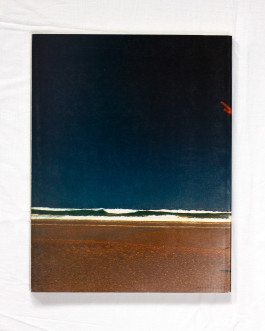 For over half a century since commencing his photographic practice in 1960, Kurigami has served as a leading figure in the world of advertising through his sharp visual expressions that are symbolic of the times. For Kurigami, who from the early stages of his career has proposed his own concepts for image making, both the processes and results of his work are not limited to the genre of advertising, but can be prescribed to field of “photography” in the larger sense. The various series of works that capture subjects Kurigami had instinctively been drawn to, reflect his unique aesthetic as well as views on life and death.

Kazumi Kurigami was born in Hokkaido in 1936. He graduated from the Tokyo College of Photography in 1961. Kurigami began his career as an independent photographer in 1965, and has since continued to work within the forefront of visual expression through a diverse practice that also encompasses commercial films in fields such as fashion and advertising. His publications include NORTHERN (Switch Publishing, 2002), which features monochrome and color snapshots taken of everyday life during his travels in Hokkaido where he was born and raised.