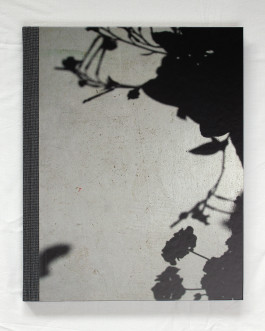 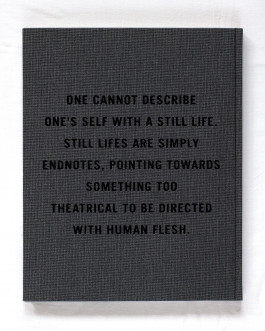 From the publisher: The American photographer Collier Schorr has been working in Southern Germany for the past 13 years, compiling a documentary and fictional portrait of a small town inhabited by historical apparitions. For Schorr, the German landscape is a map of her own history, both imagined and inherited. Combining the overlapping roles of war photographer, traveling portraitist, anthropologist and family historian, the series Forest and Fields (Wald und Wiesen) tells the interwoven stories of a place and time determined by memory, nationalism, war, emigration and family. Blumen is the second volume of Forests and Fields and moves away from the figure. Schorr decided instead to look for or build arrangements in the landscapes and domestic and commercial settings of her much investigated town. If people appear in Blumen, they are merely props in an examination of how objects and nature create dialogues within the communities they encompass. Flowers are uprooted so as to become performers in the landscape; signage, plums, chairs and a plaster fawn are some of the shapes of things moved and combined to further detail the daily life of the townspeople of Schwabish Gmund. Forests and Fields is intrinsically about book making, an ongoing suite of artists books that utilizes traditional notions of category to create different points of view. Each volume is part diary, photo annual, palimpsest, and scrapbook, and involves a process which constantly expands and contradicts the artists oeuvre through re-edits of the work to create new views through the material. Each volume shares the same dimensions but each is designed as an independent and unique work in itself.

Collier Schorr (b. 1963) is an American Photographers. As part of the heady New York art world of the late ‘80s and early ‘90s, Schorr’s early work mined the vernacular of postmodernism to create photographs that toe the line between documentary and fiction. Often using her subjects allegorically, Schorr’s work navigates the auspices of identity politics to ask beguiling questions about the nomenclature of selfhood. By introducing autobiographical referents and post-appropriation aesthetics into her practice, Schorr’s ongoing body of work negotiates the fluid nature of authorship and performance in relation to portraiture.  ‘8 Women,’ her most recent exhibition at 303 Gallery, incorporated elements of Schorr’s editorial and fashion work into her artistic dialogue, unpacking the subjective natures of objecthood and representation.