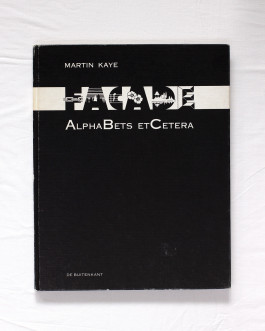 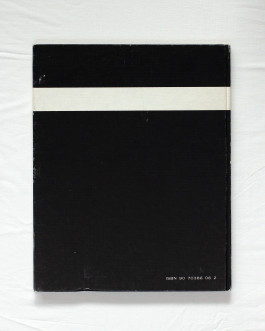 The British letter fanatic Martin Kaye (London 1932 – Amsterdam 1989) designed and screen printed all posters for Paradiso from 1972 through 1983. Kaye’s studio was in the basement of Paradiso. He was printing posters while right above him artists such as Iggy Pop, The Jam, Prince, Herman Brood, Blondie, John Cale, U2 and many others were performing.

His self-designed letters were quite characteristic, bright and large. The use of iridescence print, leading to a colourful rainbow effect, was his trademark. The usual print run of 125 was distributed through Amsterdam by Kaye himself. And for many years gave Amsterdam a certain look.

This book shows a large number of the letter types and designs of his posters. The book was published in 1985, some years before his passing.