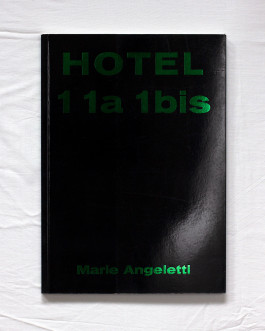 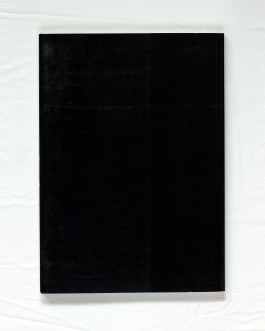 Hotel 11a 1bis by Marie Angeletti

“If one were looking to tie this work down via iconography (precisely the wrong approach), one might be tempted to see Angeletti as here pursuing a semi-oblique feminist agenda orbiting around performance, role-play, adornment, containment. But she seems more interested in scrambled typologies and the uneasy pleasures of, to quote René Magritte, the treachery of images. If pre-existing, these photographs meant one thing in a catalogue, museum or wherever, and now they signify something else or, intrinsically, nothing at all: detached, rivulets in a larger directional flow. ‘Thanks, Internet,’ such work murmurs. Like many artists in their twenties, Angeletti wants to denote that presiding context without directly addressing it, performing its knock-on effect on materialist media.” —Extract by Martin Herbert, Frieze Magazine, Oct. 2012