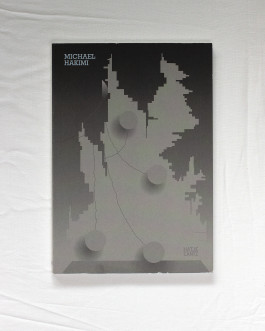 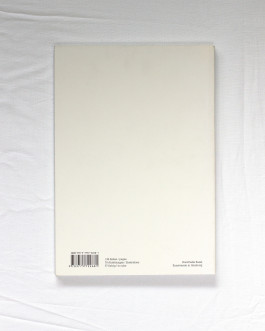 with essays by Yilmaz Dziewior, Adam Szymczyk and Ralph Ubl

The murals, computer images, paper works, drawings and objects of Berlin-based Michael Hakimi are combined in site-specific installations to form intricate networks of meaning. Hakimi expands the function of his formally reduced, two-dimensional images by means of his interventions, emphasizing the semantic divide between object and sign. The artist examines the narrative potential of symbols and basic geometric shapes through the collagelike interaction of his works with readymades of the simplest materials. His installation “Large Oven” (2004), for example, realized for the Kunstverein Hamburg, and the spatial project “Roof” (2007), produced for the Kunsthalle Basel, both of which are comprehensively documented for the first time in the present publication, create walk-in scenarios reflecting social, political and urban realities. Beyond these works, this retrospective monograph presents all of Hakimi’s work since 2002.